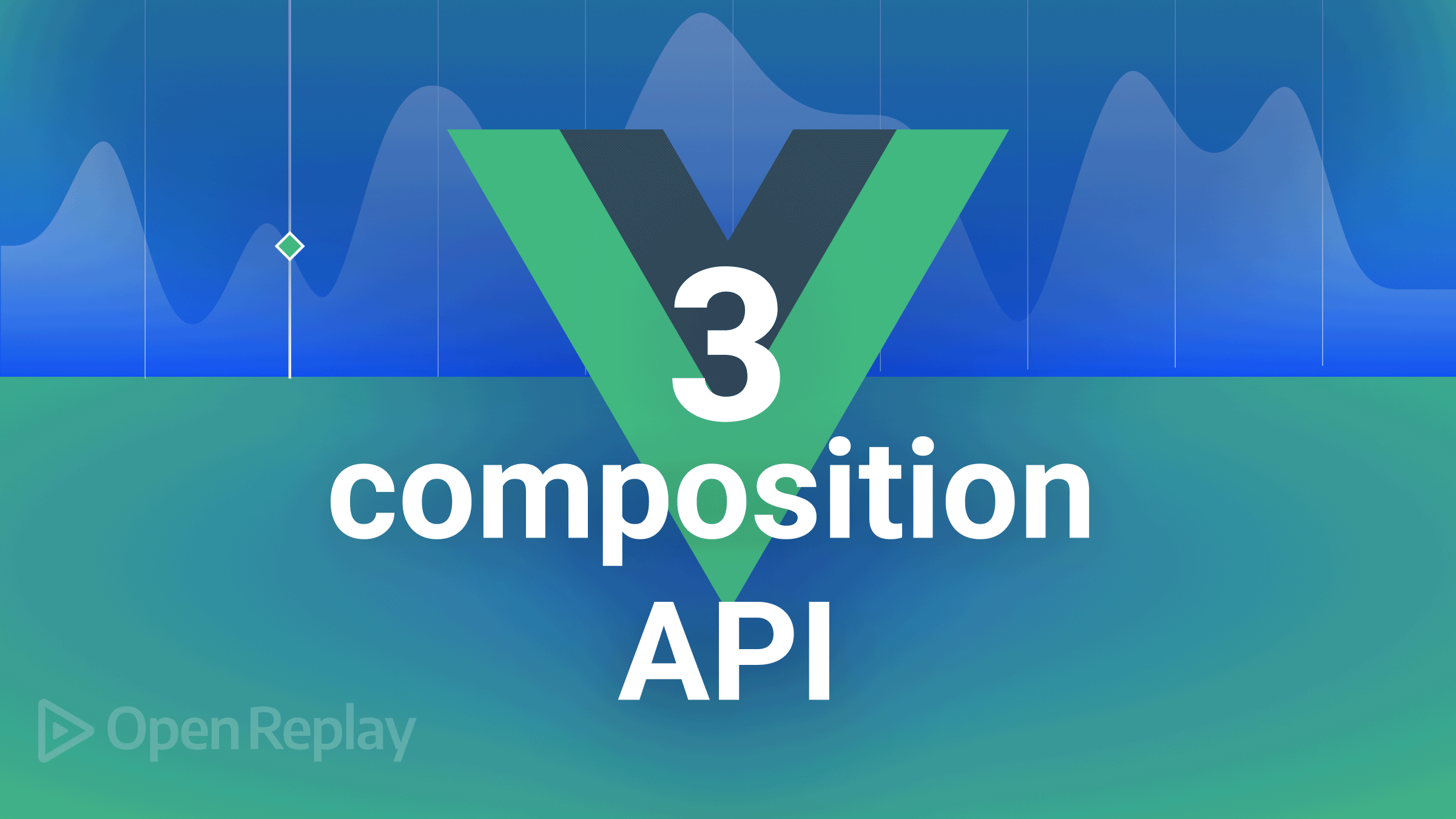 The Options API is used for creating components in Vue 2. With the Options API, you might face two main limitations when building larger Vue apps/components:

The Composition API solves the first problem by allowing you to more easily group relevant code together as your code grows. It solves the second problem by enhancing code reusability using composables. It was created for better extensibility and organization of code since Vue projects became harder to manage as they grew in size and complexity. Also, it offers much better TypeScript support.

Let’s take a look at some codes to illustrate the points above.

Options API uses different code blocks such as data, methods, and mounted to group code logic. As your project grows, readability and maintainability become a problem, and this is one problem that the composition API solves.

Composition API allows you to group code logic together inside a setup() function.

The Composition API allows you to restructure code segments from options API, i.e., data, methods, and lifecycle hooks, by grouping all of your code that logically belongs together.

The setup() function enables you to extract parts of components and group them logically together. It helps you wrap your logic stored in the form of a function. It accepts props and the context object (with which you can emit events and data) as optional arguments. The setup() function returns state and other defined variables so that the component’s template can access them.

Here’s an example of using the setup function:

An alternative to the setup() function is the <script setup> (recommended by Vue). The <script setup> offers better runtime performance, efficient use of TypeScript, better IDE type-interface support, and a lesser boilerplate to start. For this reason, we’ll use the <script setup> in the rest of the examples in this article.

The second main feature of the composition API is that it allows you to reuse stateful logic. A composable is a function in which you can wrap your methods, reactive data, watchers, etc., and reuse them in other components. To use composables, you have to import them. Read more about composables.

Props are a way to pass data from one component to another. The defineProps() method is used to declare props using <script setup>, while in non-script setup components, props are declared using the props property.

In Composition API, you can add reactive data using ref() and reactive() functions. Reactivity helps sync state changes between your code logic and template elements. When state data is updated in code, the element “reacts” to that change, and its value is also updated.

Just like you can use computed properties in the Options API, you can also use it in the Composition API inside the setup() function. Computed is a reactive method that generates a new value based on another reactive value. When the reactive value changes, computed fires a callback and generate a new value.

If you’re currently using Vue 2, you can migrate your app to Vue 3. If migration becomes a problem for any reason, you can use the new Composition API features in Vue 2 by adding the official Composition API for Vue 2 plugin. Happy coding.

A TIP FROM THE EDITOR: For more on Vue 3, don’t miss our Vue 3 - the Evolution of Vue and Learn The Fundamentals Of Vue With Vue 3 articles.

Leveraging the Hacktoberfest Community for your Tech Career