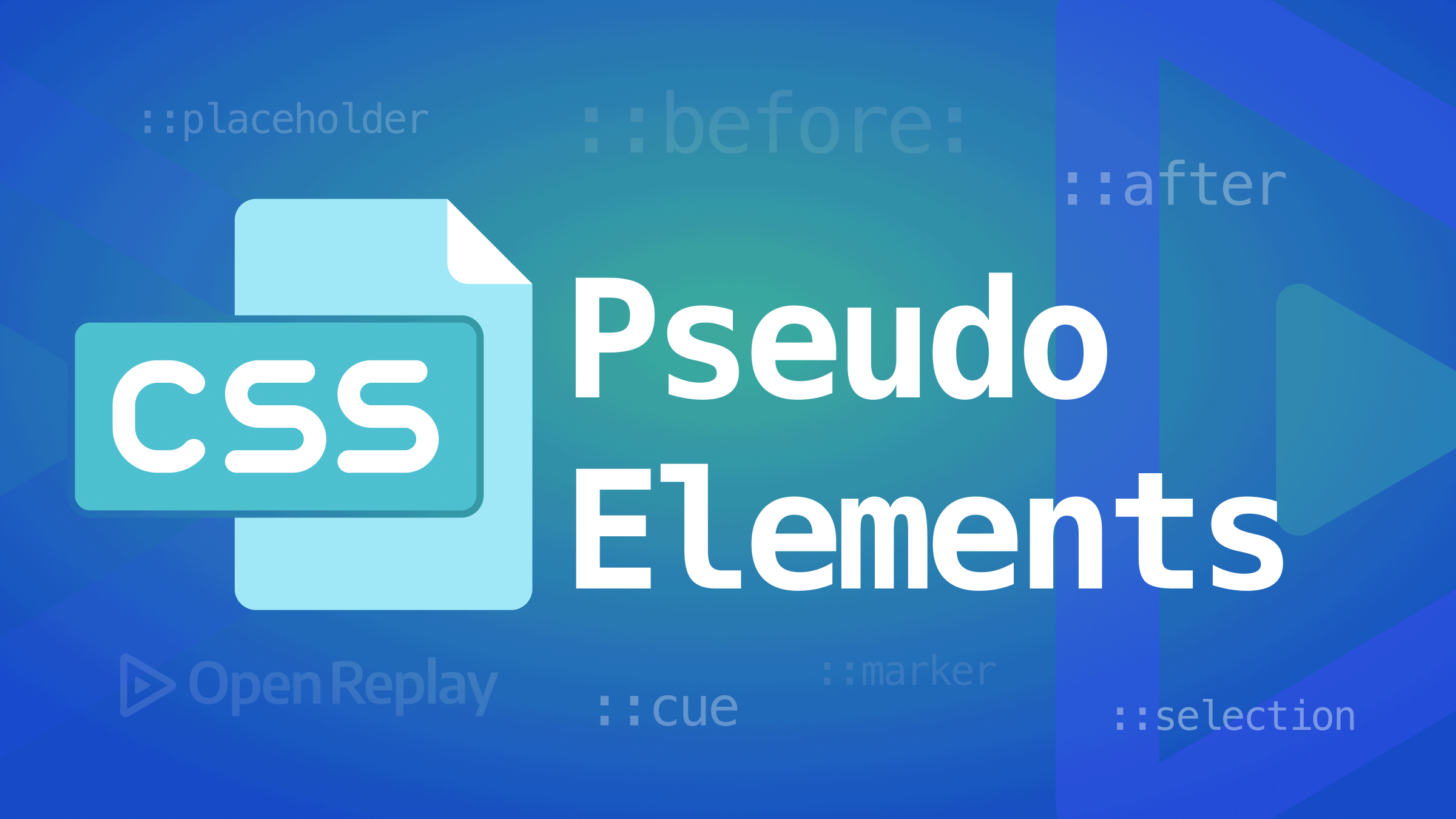 Cascading Style Sheet (CSS) pseudo-elements are a handful of CSS features that help us keep our Hypertext Markup Language (HTML) minimal by adding and modifying it directly from the CSS code. For example, you may want to add text before a particular HTML element used in multiple places in the entire code. As we progress in this tutorial, we will examine different CSS pseudo-elements and how to apply them.

At the end of this article, we’ll have fully grasped the concept behind CSS Pseudo Elements and how to apply them.

You’ll need a fundamental knowledge of CSS to follow along with the code samples and understand the terminologies used in the article.

What are CSS Pseudo Elements?

The syntax changes between CSS versions:

As we continue this article, pseudo-elements that support single and double colons will be shown with their respective notation.

The code snippet above will return this string - url() as the content property value.

We will use the ::before pseudo-element to add a particular text to a group of list items. In place of the text, you can use the url() to add a link to an image to the front of the HTML element you selected.

Just like the example above, we will use this pseudo-element to display content after selecting the HTML element.

Note: the two pseudo-elements discussed above are the most used.

Here, we will take a look at how to use this pseudo-element.

Let’s take a look at how we can apply this pseudo-element.

The ::selection pseudo-element targets any highlighted section on the webpage. When using this pseudo-element, you are limited to specific properties such as color, outline, background, etc.

Try highlighting the paragraph and any other text in the demo; you will see the style applied.

Combination Of the ::before and ::after pseudo-elements

In this segment, we will take a deeper look at the two most common pseudo-elements as we will build a simple card box with a default loader design.

Here is the demo:

In this article, we learned how to style the content on our webpage using the most used pseudo-elements. Using the example scripts in the demo area, we also learned about the guidelines for using pseudo-elements, when to use them, and how to apply them.

A TIP FROM THE EDITOR: Do not miss our Modern CSS Selectors article for more on current CSS features!