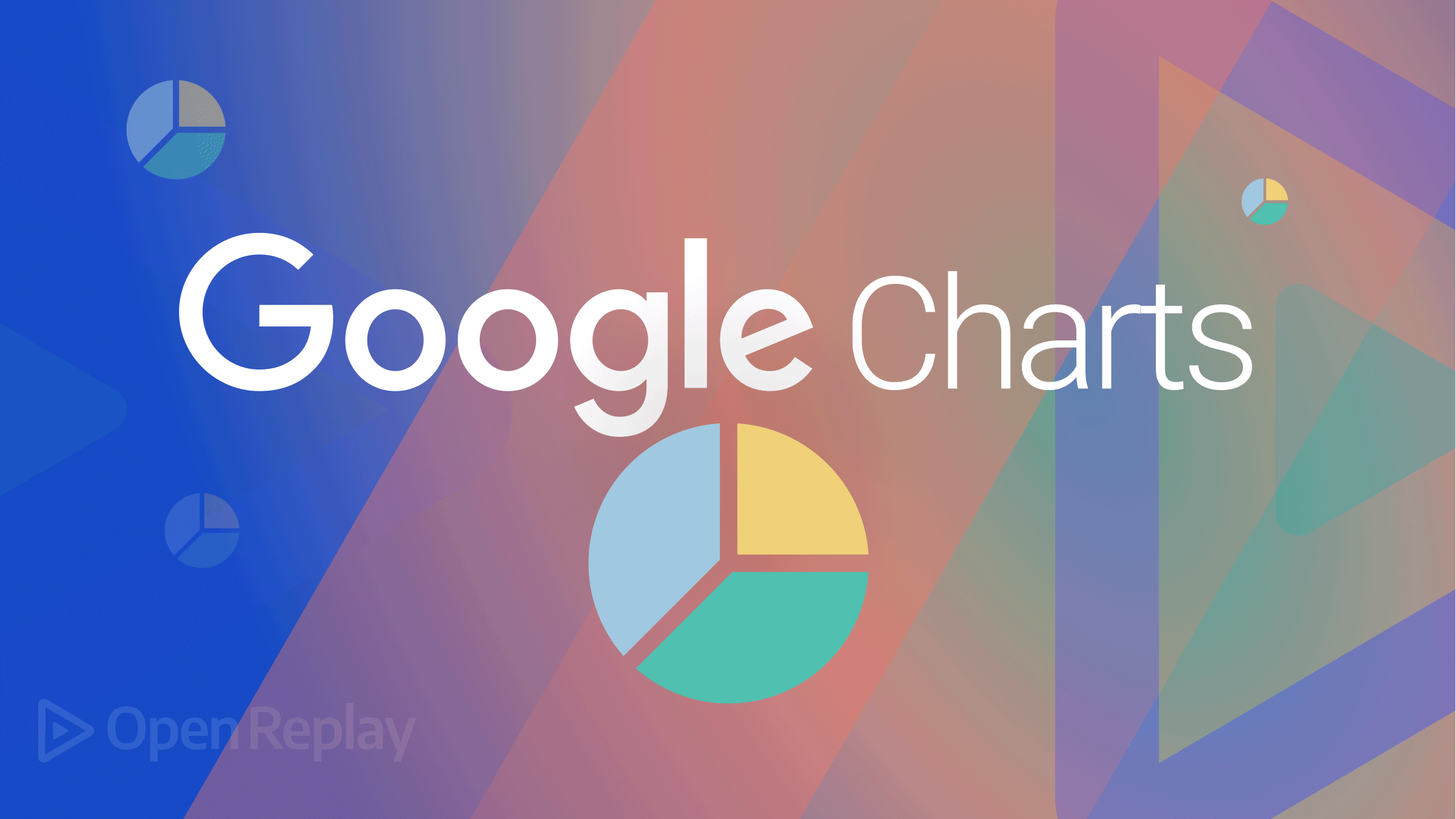 In this article, we’ll consider this package and some alternatives, and show its usage with React; let’s get on!

What is Google Chart?

Google Charts is a productive and straightforward JavaScript charting utility that is free and regularly maintained by Google. In addition to a large selection of customization choices, Google Charts offers a rich chart library with many alternatives, from straightforward line graphs to more intricate hierarchical tree maps.

Important features of this package are:

Additionally, some incredible Google Charts alternatives are available that are robust, user-friendly, and wholly free. The most popular way to utilize Google Charts is to embed basic JavaScript into a web page. However, there are other alternatives that we can as well use for dynamic charts other than Google Charts.

How To Use Google Charts With React

We’ll begin by putting up a React project with the code below to use Google Charts in our React application:

Change the working directory to the folder established by the previous command with the following code:

We’ll create a simple chart. First, we create a new component file called charts.js in the src directory, where we’ll build our charts.

N/B: Just for illustration purposes, we’ll be recreating our first chart from the react-google-chart-area-chart example.

Inside the chart.js file, add up the following code. Then import our chart from chart.js in the App.js file:

We import react-google-charts first, then retrieve the Chart property. Next, we establish a data property to hold the information shown on the pie chart. You can update the data the chart displays and modify the chart’s appearance and feel by passing props to <Chart />. The type of chart being rendered can be modified using the chartType prop. Hence, if we passed, let’s say, a GeoChart rather than the other option, a geo chart would be shown.

The chart’s data is accepted by data, and an object that can be further customized is accepted by options. For this example, we merely modified the title. Finally, width and height alter the chart’s proportions as their names suggest.

Above, inside src/App.js, I import the Charts from the Chart.js component I created. Let’s run our code to see what we have below.

As you can see, the chart was simple to create with only a few lines of code, and it is highly interactive.

Only a simple use case of quickly making and showing a chart was discussed in our previous example. Let’s develop this illustration further and observe how it functions in a more intricate project with more parts and a centralized data source. To accomplish this, we’ll utilize React Hooks to monitor changes and give components data as props.

The data for the charts will be stored in a file called data.json, which will be created first. This data source would originate from an API in a real-world application. A React useState hook then tracks the data that needs to be handed down to components.

Create Data Source Make a new file called data.json in the project’s root. Add the following content to it:

As previously said, our data source will be the code above. The App.js file will then be updated to incorporate our Hook component. We’ll eventually establish a state to store the information for the charts.

The response from the data.json file will be represented by the data variable in the code above. We’ll use a map function to loop across each data, pass each chart item as a prop, and display the resulting chart. We’ll import and pass the data as props in the charts component.

Let’s have a look at our chart. Run the server once again if you shut it off. You should be able to notice that we’ve successfully implemented the multi-chart feature when you visit it in the browser. 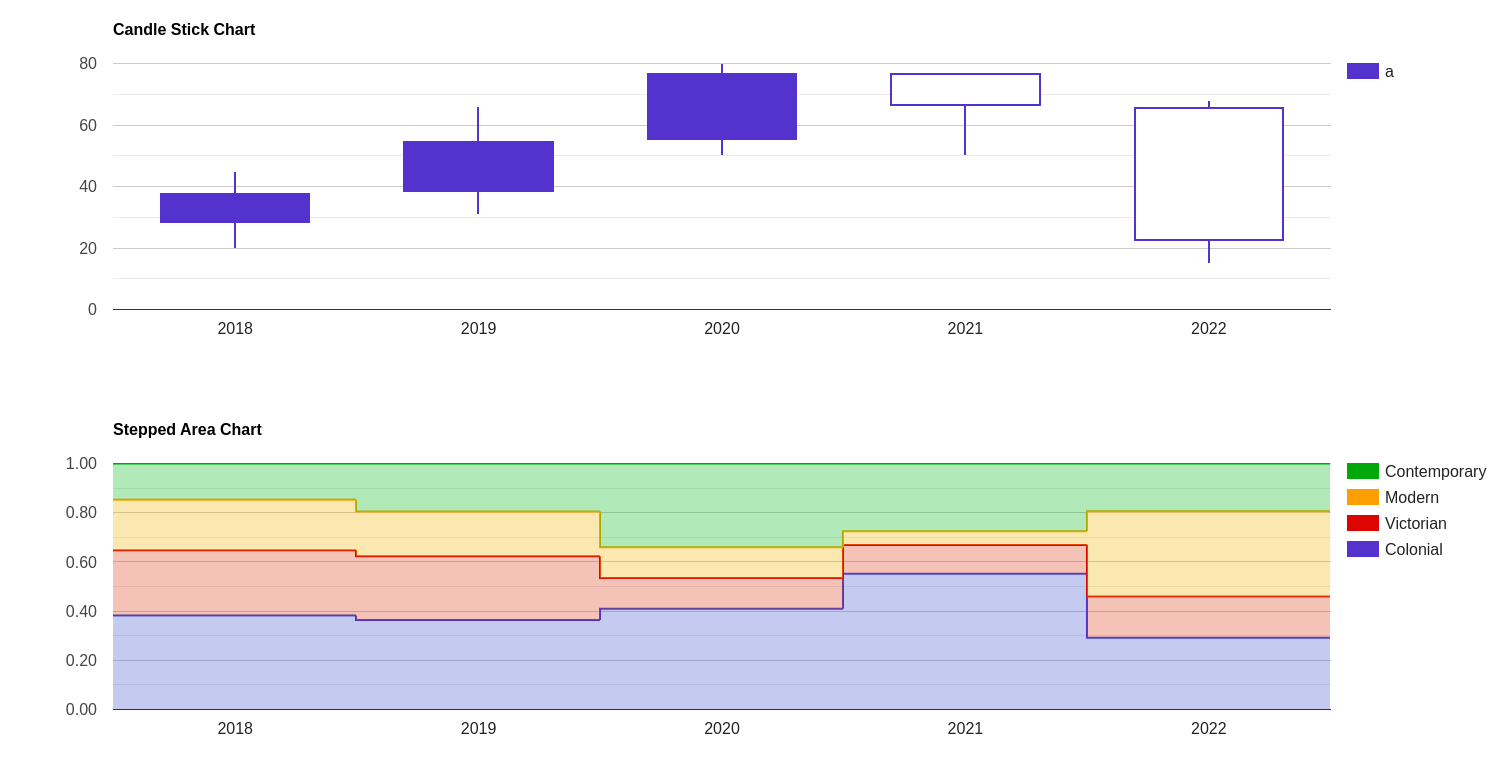 For more examples, you can click on the link to their official site; there, you will see how you can implement different charts/graphs.

We learned how to use React with Google Charts for a graphical interface. We furthered our understanding by observing numerous methods for developing complicated applications using React Hooks and the react-google-charts package. For more in-depth information, visit the Google Chart documentation page. Also, for the codebase on Github as well as the live app on Netlify.

How Relevant is Still TypeScript in 2021?

How to Add Animations with React Transition Group