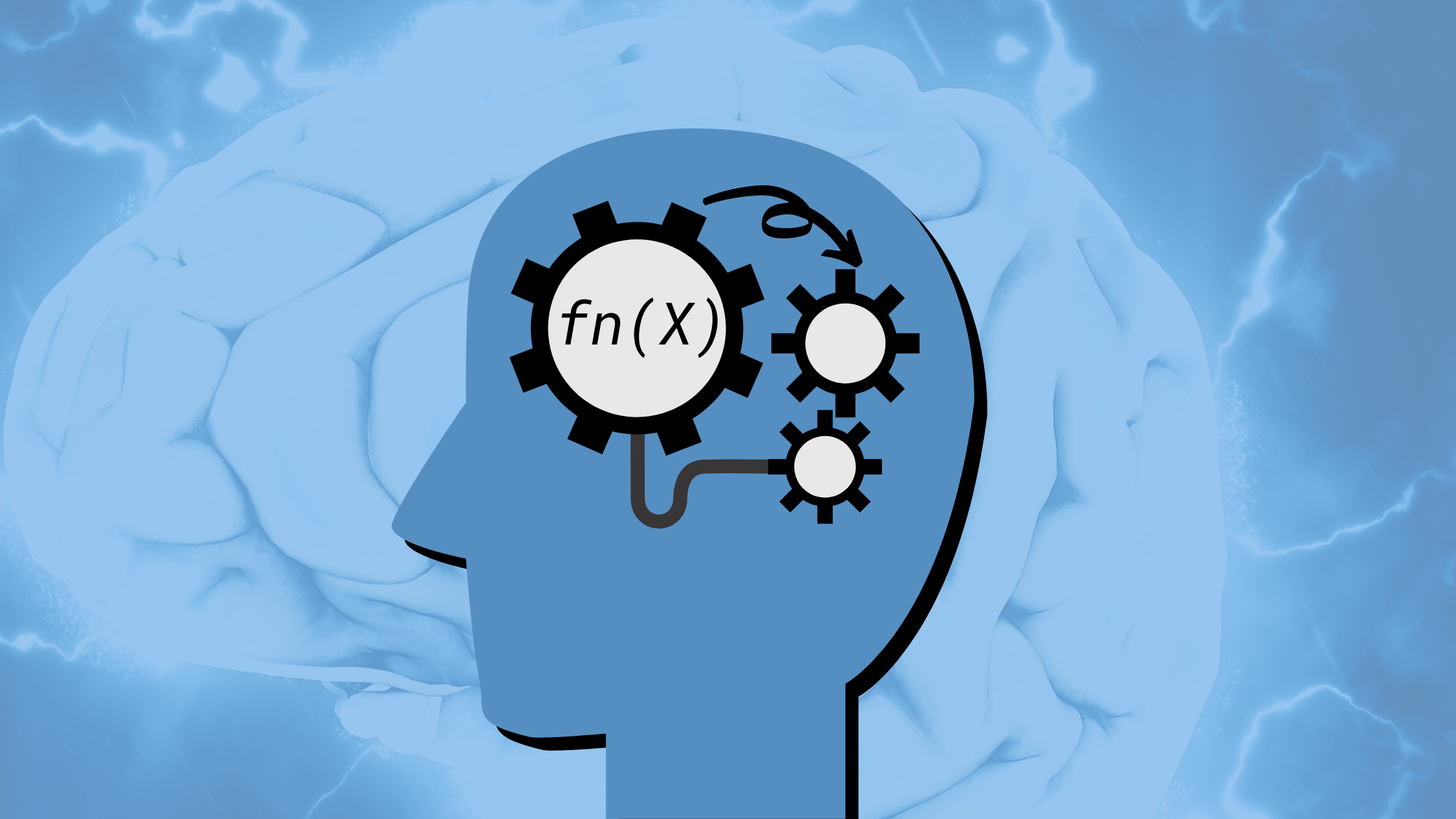 Hi! Welcome to this ”Forever Functional” series of articles, in which we’ll be looking at how to using several Functional Programming patterns and solutions to simplify your JavaScript programming or, as in this particular case, enhance the performance of your code.

In this first article in the series, we’ll consider a performance problem: dealing with slow, long-running functions, and improving them by using memoization, an interesting technique to avoid unnecessary work. We’ll first see a simple example with slowness problems, then solve it by hand in a particular way, move on to apply a generic solution, and finish by seeing how some current frameworks also provide memoization to get faster-reacting web pages.

Trivia: Fibonacci actually stands for “filius Bonacci”, or “son of Bonacci”. Fibonacci was also famous for having introduced Arabic numbers to Europe, replacing the more cumbersome Roman numerals. His Fibonacci series derives from the solution of a puzzle he posed, related to rabbits that reproduce according to some easy rules!

We can directly implement this in JavaScript by using recursion.

The function performs correctly, and everything’s fine and dandy… except that the code is quite slow! I timed the function for many values of n, producing the chart below (which you can find in my Mastering JavaScript Functional Programming book). The chart shows exponentially growing times for a simple calculation that should require just a few sums… what gives? 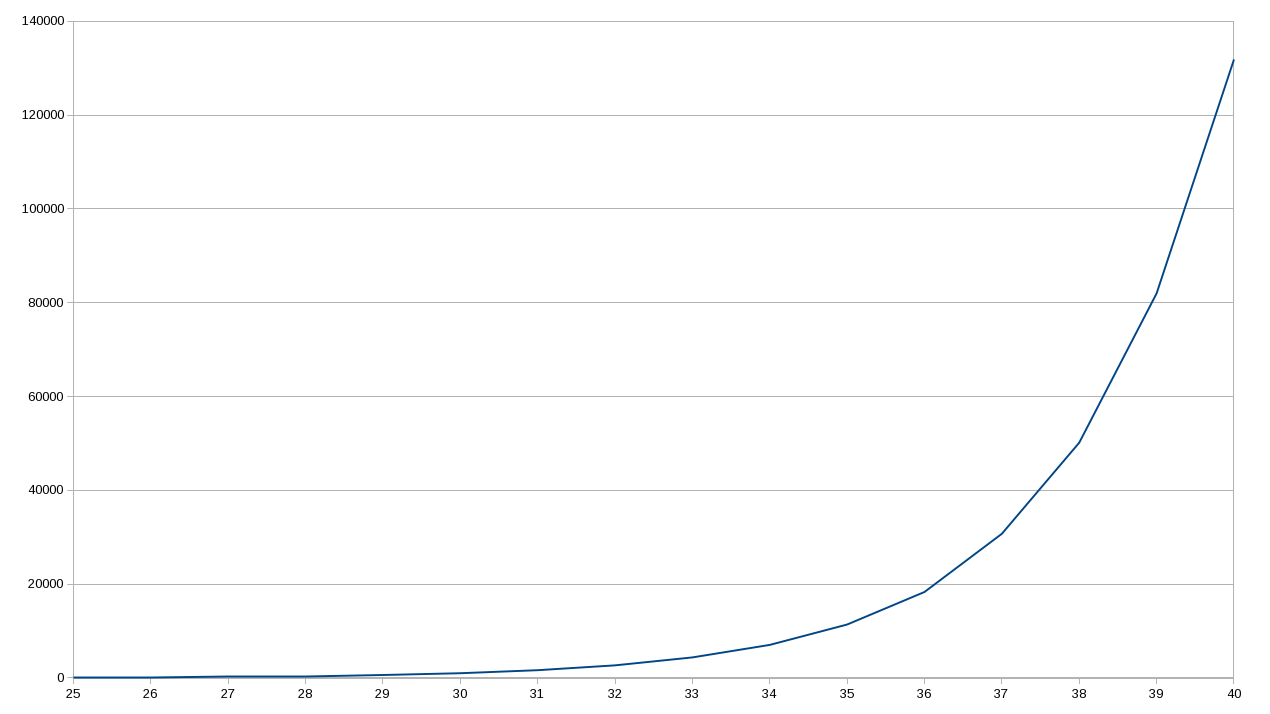 To understand the root cause for those delays, let’s just map out the calls when calculating fibo(6). The image below (also from my book) helps see the underlying problem… too many repeated, unnecessary function calls! 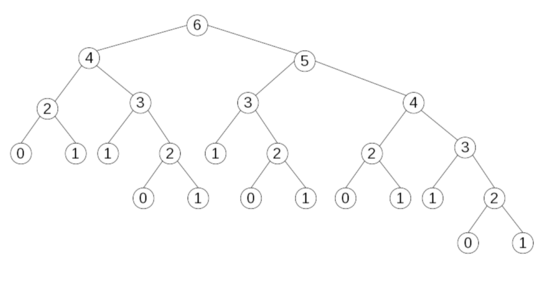 So, it’s clear that our recursive method is wasting lots of time redoing work that had been already done… how can we solve this?

The kind of problem we are trying to solve is quite frequent; for instance, in Dynamic Programming (an optimization technique for certain classes of problems) we also get repeated calls (as in our Fibonacci example) that redo previously done work. We can solve the problem of skipping those repeated calls by rewriting parts of our code, making our function more complex, and working with a cache.

We will use an object (already_calculated) as a cache. Whenever a fibo(n) call is made, we first check if we already did this calculation, testing if n is already in our cache. If that isn’t so, we do our work to calculate the needed result, and we place it in the cache. The result is always returned from the cache: return already_calculated[n].

This works (test it out!) and performance is great because if there are any repeated recursive calls, they are summarily dealt with by getting the needed value from the cache. But, there are some not-so-great points about the solution:

The idea works (we can see that!) but we need a more general solution, optimally not involving the disadvantages listed above: the answer is Memoization, a functional programming technique.

Our problem is finding a way to avoid redoing long, slow calculations, that we have already done before. Memoization is a generic functional programming technique that you can apply to any pure function, meaning a function without any side effects, which always produces the same result if called with the same arguments.

Memoizing a function produces a new function that will internally check a cache of previously calculated values, and if the needed result is found there it will be returned without any further work. If the value isn’t found in the cache, all required work will be done, but before returning to the caller the result will be stored in the cache (as we did by hand in the previous section) so it will be available for future calls.

As we don’t want to modify our original code, we’ll want to write a memoize(...) function that will take any generic function as an argument, and create a new one, which will work exactly like the original function but using caching to avoid repeated work. We can write such function in the following way:

Our memoize(...) function is a higher-order function, because it receives a function as its parameter, and returns a new function as its result; a common pattern in Functional Programming. What’s the returned function like? A cache map is defined at (1) -and using a JavaScript Map is more appropriate than using an object as a map- and the cache variable will be bundled together with the returned function by using a closure; no need for any global variables here! The new function starts by checking (2) if the cache already has the needed result; if not, we do the calculation (3) and set the result in the cache. In all cases, the returned value (4) comes directly from the cache. Elegant!

We can test this easily enough; we would write the following.

Note that this is the same code as before, with the only difference that we enclosed the body of the fibo() function with a call to memoize(). If we test this function, no matter what value of n you try out, performance will be top-notch, and fibo(n) will be returned at full speed. However, our solution isn’t really good enough… what if our original problematic function had expected two or three arguments instead of only one? We need to do better.

This is not generic enough; what would we do with functions with two or more parameters? The trick is to transform the arguments of the function into a string that we can use as a key for our map. That’s easy to do by using JSON.stringify and our new version of memoize(...) would be as follows.

This is generic enough and we can use it for all functions, no matter how many parameters they expect — it would even work with functions with a variable number of parameters; can you see why? Our memoization function is quite efficient, also, but if you need memoization in your code, you’d do even better by using fast-memoize, which boasts of being the speediest available memoizer; you can read how it was written in How I wrote the world’s fastest JavaScript memoization library by Caio Gondim.

We’ve seen a performance problem, and how we could solve it with specific or generic solutions… but before considering what some common Web UI frameworks provide along the lines of memoization, let’s see a possible bug.

You may see the code above, and wonder: why didn’t I write the following code to avoid modifying the definition for fibo(n)?

Therein lies a subtle error, but let’s first see it in action! First, I timed some calls to the original, un-memoized fibo() function. (I wasn’t quite careful with the timing, and I didn’t take several measurements; you’ll see why that wasn’t needed.) Times were something like the following — and note I did calculate fibo(45) twice… and it obviously (roughly) produced the same times; surely the load in my computer varied somewhat between experiments, but that’s not important.

I repeated the tests with the memoized fibo(n) function, and they showed the expected big enhancements. The first calculation took only 7 ms, and all the others took just about nothing because all the required values had been previously calculated when finding fibo(45). Great, everything as expected!

Now I repeated the tests, but using betterFibo(n), and unexpected results pop up! The first call takes as long as the original fibo(n) function? The repeated call to betterFibo(45) is quite fast, so it’s using the cached value… but all the other calls are slow again?

The problem is important and may easily be missed. The key is that betterFibo(n) internally is calling the original fibo(n) function, and not the memoized one. The result for betterFibo(45) does get cached (and thus the optimized 2nd row in our table) but all the other calls to fibo(n) aren’t cached, and performance is logically as bad as earlier.

What would have worked is writing something like this - but note that we didn’t use const in the definition for fibo(n).

The other way that would have worked would be defining fibo(n) in the classical way, without using an arrow function.

The fibo2(n) function performs perfectly well, because in JavaScript you may reassign a function. However, if you are using ESLint you’ll get an objection, because reassigning functions is often a source of bugs, and the no-func-assign rule prohibits it.

A similar problem is present in React. The useMemo() hook says that it ”useMemo will only recompute the memoized value when one of the dependencies has changed” — essentially the same thing Vue does, but not actually memoization; it only remembers a single previous calculation. Then again, useCallback() does the same kind of limited caching, and it’s clear because useCallback(fn, dependencies) is equivalent to useMemo(()=>fn, dependencies). Finally, React.memo(...) also does a similarly simplified caching optimization, just avoiding redrawing a component if its props are the same as in the last call — but it doesn’t do memoization in all its glory, just caching one previous result.

In this article we’ve seen several approaches at memoization, and how using it may speed up your code. However, don’t err by thinking that memoization is a “silver bullet” for all speed problems; it may even make your problems worse! Note that memoizing implies two added costs: you need extra cache memory for all the already calculated values, and you need some extra time to check and use the cache itself. If you are working with a function that seldom (if ever) gets called with the same arguments, memoizing won’t have any positive impact, and you’d be probably better off by skipping it. As always, you shouldn’t do optimization “on instinct”; measure first!

The solution we’ve seen here applies to common functions, but what about functions that do some I/O as API calls? You could also consider using memoization for promises, which would not only provide the expected optimizations but also enable other patterns that would produce more responsive code; see you!