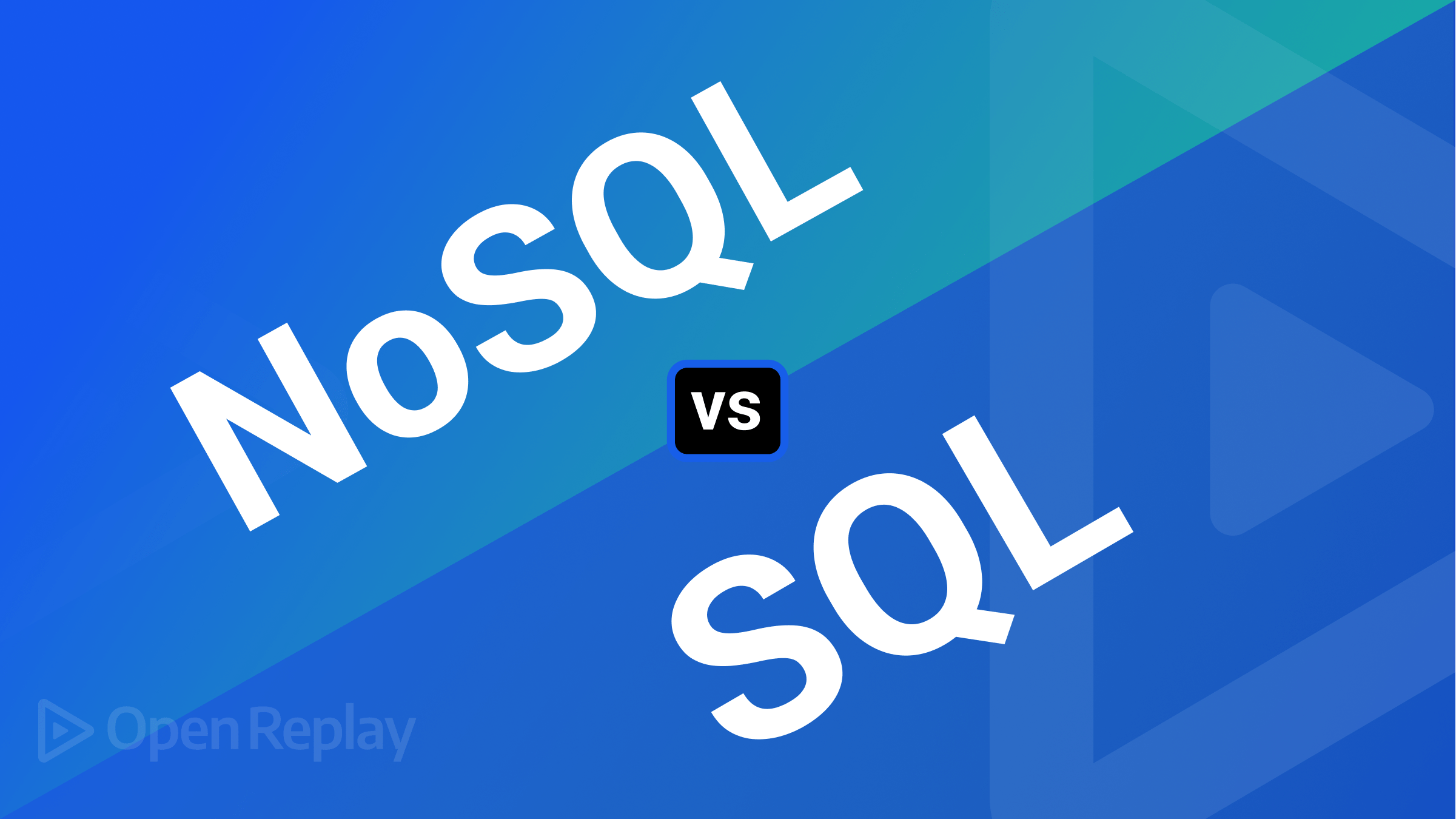 Relational (SQL) and NoSQL are two different database systems concepts. SQL is the language used as a standard to query and modify relational database systems used by most websites and applications. Most 99% of cases you will encounter in software will require a relational database due to its ease of implementation and consistent performance across platforms. It also helps that it has been around for decades and has become the industry standard for databases.

NoSQL databases, however, are used in unique niches. NoSQL refers to any database that doesn’t use SQL as its main interface. If you are in a situation where you need to look up data quickly or when you need to store large JSON files in the database, then the NoSQL approach is what you are looking for. These databases are easy to integrate with existing platforms and usually use a simpler query language than SQL. But their simplicity usually comes with the cost of being harder to maintain, with data integrity being a common problem in NoSQL systems.

As mentioned previously, SQL and relational databases have become the industry standard of the decade. 99% of use cases will require an SQL database because it is easier to have data integrity. SQL databases get their name because it has a separate language to query the database, the Structured Query Language. This language is relatively easy to learn, and because of its consistent syntax across different DBMSs has helped SQL become an industry standard. Given the simplicity of the language and the ease of use, it is no surprise that many large companies trust SQL databases.

Simple querying commands are universal in SQL Databases. For example, to query, you will usually do a SELECT, and to insert, you will usually do an INSERT command. Both commands have parameters that allow you to specify precisely what data you are looking for. The differences usually lie in how the parameters are arranged for each DBMS. Still, it’s a minimal difference between databases.

There are a few popular SQL databases used across the industry:

NoSQL has become more popular in the recent decade because it provides greater scalability than traditional relational databases. It also provides higher throughput since there are no complex schemas. It has different variations that can cater to different business needs. Popular NoSQL databases are Cassandra, MongoDB, Redis, Riak, etc. All of these DBs have different types of access models and use cases.

There are four different types of NoSQL databases:

There are pros and cons when comparing relational (SQL) databases and NoSQL databases. But the main ones this article will focus on are scalability, data redundancy, data integrity, and speed issues. Some of these issues have been mentioned previously, but you will have a more in-depth look at some of the advantages and disadvantages of both databases in this section.

SQL relational and NoSQL databases can scale out to multiple nodes without too many issues, but the main problem with SQL databases is the performance enhancement problems when scaling. Compared to NoSQL, it is challenging to scale SQL databases horizontally, and all SQL databases scale vertically. You need more hardware instances to scale out your SQL querying speed. But the scalability problem is being tackled by companies like PlanetScale, which provides automatic scaling depending on usage.

Cloud-based NoSQL databases like Dynamo DB and Cosmos DB rely on horizontal scaling. They have become the go-to choice for high-performance applications that manage large amounts of data. These systems replicate data across multiple servers so that if one server goes down, another will take over automatically without downtime. Cloud-based SQL databases can also have a similar fallback feature, although it will cost much more. But there has been a new solution in scalable SQL databases price-wise, PlanetScale. So the problem of scalability is also being solved in the world of relational databases.

SQL relational databases are easier to manage regarding data redundancy via primary and foreign keys. But when it comes to NoSQL databases such as Cassandra and MongoDB, there is no primary or foreign key, so it’s important to have a database structure that is strictly defined in code. There are no built-in rules in NoSQL systems that will check for a foreign key on a specific insert; everything is predefined through code.

This could lead to many problems, including data redundancy between documents. Still, redundancy can also be a feature in NoSQL systems that end up providing a simpler one-time query to retrieve ALL the data points from a document.

Relating to the previous redundancy problem. Unlike in SQL databases, if a key is changed in a NoSQL database, the code must define a set of rules that will check whether or not the key is already in use or if it’s a foreign key if it exists. This will be handled through the NoSQL system application layer, which will check which documents use the same key. Relational database users take this for granted since the schema is defined up front, and the database takes care of the rest.

When it comes to raw speed, some NoSQL database types, like a key-value store (Redis), will be significantly faster than an SQL query. SQL will be slower if it needs to do a lot of JOINS from multiple tables together, for example. But when doing multiple “joins” in a NoSQL database, it isn’t evident that it will result in faster reads (or writes).

Regarding speed, there is no definite winner, as every application will have different needs. It will depend on the amount of data that needs to be processed and the computations required to get the result(s).

Most applications can use a relational (SQL) database, and the comparison with NoSQL boils down to each use case. For example, suppose you want to make a master-slave system that helps you scale your reads. In that case, it’s wise to use a relational database as the master and a horizontally scalable document database as a slave.

If you are looking for a simple cache system, you will probably use a key-value database like Redis. If your data have more edges than nodes (more connections between entities than the entities themselves), look at Graph databases like Neo4j. It all depends, everything can intermingle with each other, and there are no absolute limits between database types.

SQL relational databases solve most of the use cases in software engineering. Where there is room for improvement, NoSQL databases can help save the day regarding scalability, performance, and cost-efficiency problems.

There is no single “right” choice when choosing a database for your software project; it depends entirely on your use case.

A TIP FROM THE EDITOR: For a way to use relational databases, look at Working With Databases In Next.Js Using Prisma.