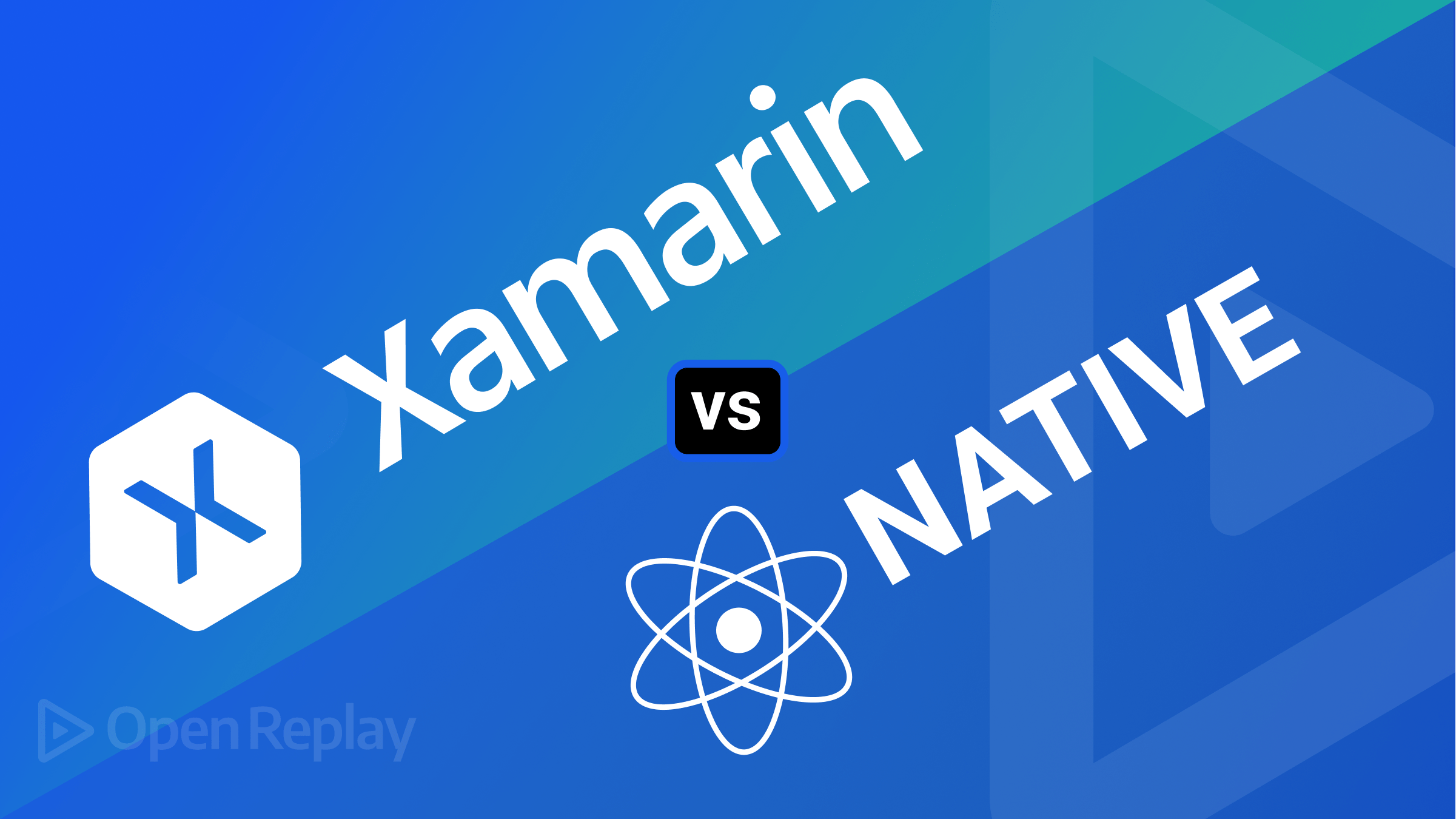 Xamarin and React Native are popular frameworks for building cross-platform native mobile apps. They allow developers to build apps that run on multiple platforms, such as iOS, Android, and Windows, using a single codebase. However, you need to consider the fundamental differences between the two frameworks when deciding which one to use.

Do you need cross-platform? It ultimately depends on the specific requirements and goals of your project. If you only need to build an app for a single platform, it may be more cost-effective and efficient to build a native app using its native tools and frameworks. However, if you want to reach a wider audience and build an app that can run on multiple platforms, a cross-platform framework such as React Native or Xamarin may be a good choice.

The choice of which framework to use depend on your specific development requirements, goal, preferences, customer expectations, and the resources you have available. Among the most popular frameworks are Cordova, Flutter, Ionic, and NativeScript.

What Is React Native?

React Native is an open-source mobile application development framework created by Facebook. It allows developers to build native mobile apps for iOS and Android using JavaScript and the React library.

React Native uses a declarative programming style. This allows you to describe what you want their app to look and behave like, and the framework takes care of the rest. This makes it easier to build apps that feel native while still embracing platform differences. Thus you can set up components depending on the platform you’re running, leaving room to embrace the other platforms when need be.

It uses a shared codebase approach. This way, you can create your app’s core logic once and then use it across multiple platforms. Xamarin includes a number of tools and features that make it easier to build, test, and deploy their apps. This includes a visual designer for building user interfaces, a debugger for finding and fixing issues, and integration with Visual Studio, Microsoft’s integrated development environment (IDE).

Why Use Xamarin or React Native for App Development?

Several reasons make Xamarin and React Native better choices for Native apps. They give you the ability to create your application use case based on the following collective characteristics:

In addition to its core features, React Native has a large and active community of developers who contribute to the framework and create additional libraries and tools to extend its functionality.

React Native is generally considered to be more popular than Xamarin. This is likely because React Native is based on JavaScript, the most widely used programming language than C#. Additionally, React Native has a larger developer community and a more active ecosystem, such as NPM and Expo. They make it easier for developers to find resources and support when building React Native apps.

These frameworks are suitable for building high-performance mobile applications. The performance difference between the two frameworks can vary depending on the specific use case and the amount of code that needs to be shared between platforms. The scalability of a mobile app built depends on how the app is designed and implemented. Both frameworks provide a number of tools and features that can help developers build scalable apps.

However, Xamarin has some advantages in terms of performance. Because it uses C#, its apps can take advantage of garbage collection and threading features. Additionally, Xamarin allows developers to access native APIs and hardware features directly, improving the app’s scalability and performance.

React Native, on the other end, is built on top of native components and relies on a JavaScript bridge to communicate with the underlying platform. This could introduce some performance overhead. However, React Native includes several performance optimization techniques, such as the use of native modules and code splitting, which can help improve the scalability of the app.

React Native, on the other hand, uses a different approach to code reusability. React Native allows you to write the code once and ship anywhere, but it also embraces platform differences. While it is possible to reuse some code across platforms with React Native, the framework does not offer the same level of code reuse as Xamarin. Instead, developers must write platform-specific code for each platform they want to support. As a result, you occasionally need to identify the platform you’re using and load a different component in accordance with that platform.

The cost of using Xamarin depends on your project’s specific needs and the available resources. Xamarin is only free for individuals and small companies. On extensive applications, Xamarin is a paid product available as part of Microsoft’s Visual Studio IDE, with various pricing plans starting at $25 per month for individual developers. In addition to the cost of Visual Studio, you may incur costs for other tools and services you use in conjunction with Xamarin, such as cloud services for building, testing, and deploying your app.

React Native, on the other hand, is an open-source library that is freely available for anyone to use. You can use React Native to build a mobile app, and there is no direct cost for using the React library. Like Xamarin, you may incur costs for hosting and deploying your app.

The learning curve of any language depends on your background and experience in relation to the complexity of the application you are building.

Xamarin is based on C## and the .NET framework, which is widely used in enterprise software development. If you are already familiar with these technologies, it is easier to learn Xamarin. However, if you are new to C## and .NET, you must learn these technologies before building applications with Xamarin.

Besides, React Native uses a declarative programming paradigm, which means that developers describe the desired state of the app. The framework takes care of updating the view to match that state. This can make building complex user interfaces and understanding the codebase easier.

React Native has a larger developer community and a more active ecosystem, making it easier to find resources and support when building apps with the framework. Xamarin has a strong community and several resources available, but it may not be as large or active as the React Native community.

Both frameworks have large and active communities, and many resources are available online to help developers learn how to use them. These resources include documentation, tutorials, and examples, as well as forums and other online communities where developers can ask questions and get help.

React Native and Xamarin have extensive documentation to help you learn how to use these frameworks effectively.

The Xamarin documentation includes detailed information about how to use the framework to build native mobile apps, as well as guidance on best practices and tips for optimizing your app’s performance. The documentation is organized into different sections, including a getting started guide, tutorials on building your first app, and reference documentation for various components and features of the framework.

The React Native documentation includes information about how to use the library to build user interfaces for web and mobile apps. It includes tutorials on getting started with React Native, as well as detailed documentation on different aspects of the library, such as components, state, and performance.

When to use React Native or Xamarin

There are a few key factors to consider when deciding between these two frameworks. The choice between the two can depend on several factors, including the project’s specific needs, your background and experience, and the required performance and code reuse level.

5 Must-Have VS Code Extensions to Boost Productivity (And Why)