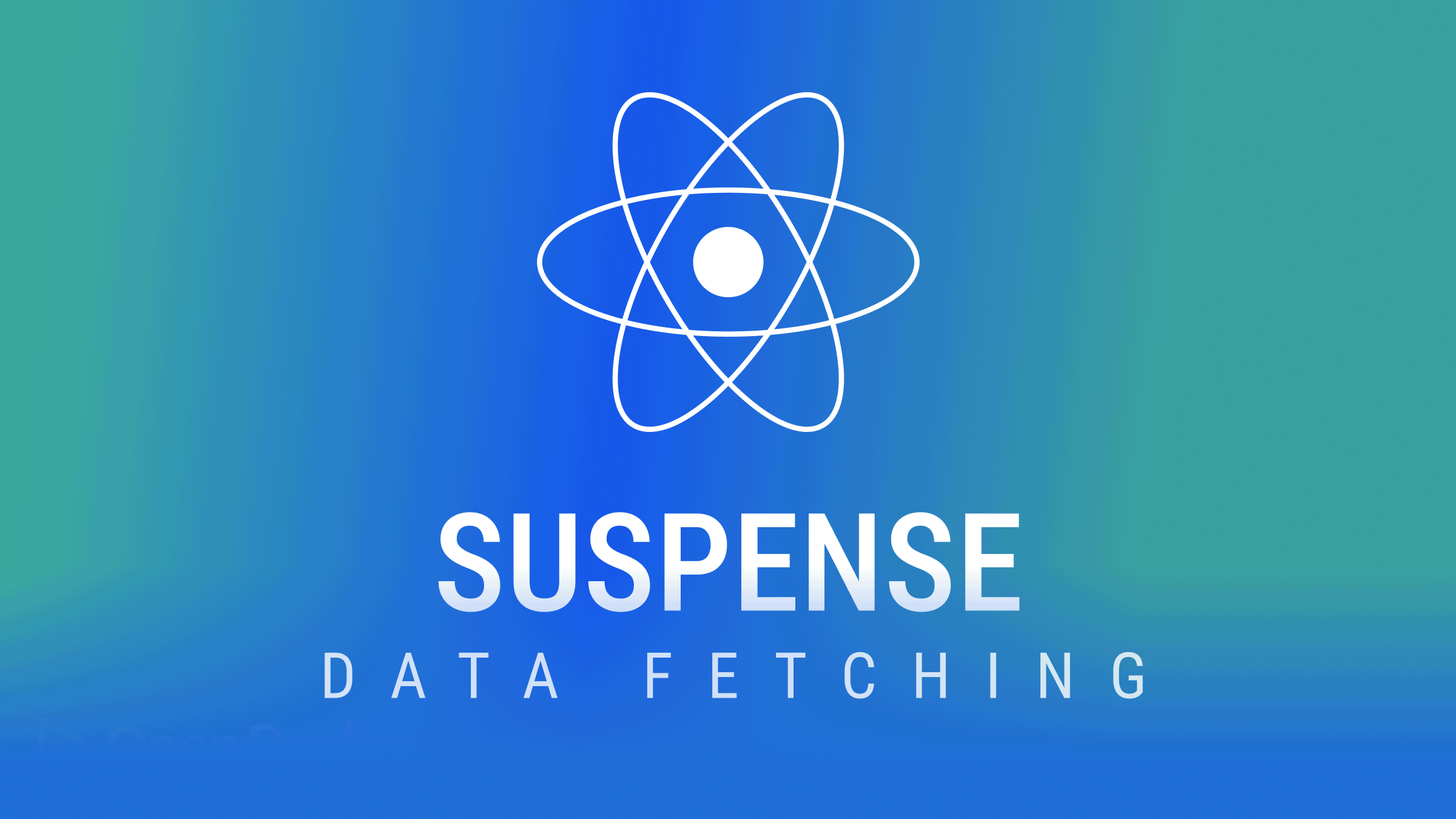 Suspense allows us to suspend component rendering. Suspense in React is not a library or server state manager; it’s literally what the word Suspense entails, a feature for managing asynchronous operations in a React app, keeping things in suspense until data are ready.

Suspense aims to help with handling async operations by letting you wait for a code to load. It’s needed because users need their eyes fed with something like a spinner, so they know they expect data to be displayed. Concisely, Suspense will defer the execution of a component’s tree until the Promise is either resolved or rejected. Sites without proper handling of asynchronous operations are considered wretched sites.

How do we fetch data without Suspense? The following code is typical:

A variable isLoading is used to track the status of the request. If it’s true, we render a spinner. The spinner is used for a better user interface, enabling the user to know that data is being fetched. There’s absolutely nothing wrong if we do it this way, but there are better ways of getting this done. Let’s see the simplest use case of Suspense:

These are the changes that Suspense brought to the way we handle network calls:

How does React know that a network call was made and is pending, is React that smart? Suspense renders a fallback component, but in no place in the code do we communicate to React that we are making a network request. This is where data fetching libraries such as Axios come into play. For the benefit of this tutorial, we will use Axios to communicate the loading state to React.

Create a folder, head into your text editor, open your terminal and run the below commands;

To handle data fetching, we will need a folder; I named mine FetchApi. This folder will have two files: Fetch.js and WrapPromise.js. These files will be responsible for fetching data from our API and communicating to Suspense. We will discuss more on this as we progress in the article for a better understanding.

We will use Axios to fetch Data. Once a request is made, Axios returns a promise that is fulfilled or declined; this depends on the backend server response. We will need the user’s profile from jsonplaceholder. We will have our asynchronous function this way:

We have exported our asynchronous function so that we can have access to it in our WrapPromise.js component.

This is the most critical part of this tutorial because it communicates with Suspense. WrapPromise() is more like an engine that wraps a promise and enables us to create a Resource variable. This special Resource variable will make rendering fetched data in our component a reality. I talked about Resource in the next section but won’t go further with it here because it will make less sense. WrapPromise() is likened to a wrapper, and this wrapper’s job is simply to wrap a promise and instigate a method that tells if the fetched data is completed or ready to be read.

WrapPromise() takes in a Promise as an argument. The promise argument is either a network request that retrieves data from an API or a Promise object. When the promise is resolved, it returns the result, and if rejected, it throws an error. It uses the read() method to read the current status of the promise.

Let me work you through how this function is used. I will paste everything in the wrapPromise.js file, and below, I will break it down into understandable units afterward.

Before the wrapper function was created, we had to create a dataFetch() function that we could export to other components. In the dataFetch() function, we created a variable userPromise which is returned from fetchUser(). What we aim to return from dataFetch() is an object from User. However, we are not returning the promise itself. Rather, we will return wrapPromise() with the promise. It will look like this:

We create a variable called suspend, which is to be assigned to the promise passed in. We will call the .then() method. Inside this method, for the response:

Now, regarding what we want to return in the wrapPromise() is a method called read(). In read(), we simply want to check the status:

In this section, we have a component named profile.js. This component communicates with the dataFetch() function and stores the results in a special variable called Resource, clarified in the steps below. The stored results are rendered in the component.

In this section, we will import Suspense and UserProfile into our App.js component. We’ll go ahead to wrap our profile component with Suspense. We also have a spinner to improve the client’s user experience.

This is the result: when getting data, we get a spinner until the results come through.

In this article, we looked at Suspense, its data fetching steps, and samples. It is undoubtedly the perfect user experience and asynchronous operation handler tool in React.

How to Debug Javascript Apps with Chrome DevTools

How to Debug Angular Apps with Chrome DevTools